What is your company doing to not get duped by the survivorship bias trap?

I’ll give you a classic example of survivorship bias.

You might recognize this picture if you’ve studied survivorship bias, statistics, or data visualization.

In World War 2 the U.S. Military wanted to protect their planes, by increasing armour in certain vital areas.

They went to the scrap heap and collected a bunch of planes. They marked where the damage was. Each of these red dots represent bullet holes. The military was thinking they wanted to add armour to where they found all the bullet holes to protect the planes.

Until statistician Abraham Wald came in and took a look at this picture. Then suggested they add armour in the spots where there were no holes. Because he was looking at the big picture. And realized that all the planes that got shot in those spots, didn’t make it home.

With that analysis, the U.S. military realized the important elements of a functioning airplane are the engine and the pilot.

How can that relate to your business?

Let’s pretend you’re performing an annual review of your projects. You look at your most successful projects to replicate their success. In doing so, you notice some common elements. Like smaller, more frequent shipments going out. Or increased manufacturing production.

You’ll need to look at the big picture to properly identify what made a project successful.

Looking for more fun with data? You might enjoy some of our other posts! 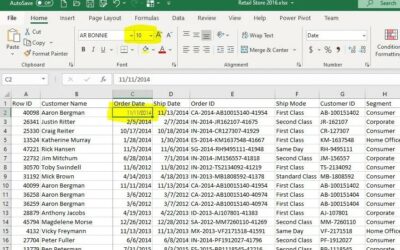 Let’s pretend you’re working in your Excel spreadsheet and you want to change the formatting of the cells in a column. You might experiment first with one cell. To see what it looks like, before you spend time copying to all your cells. Let’s first change the font of... 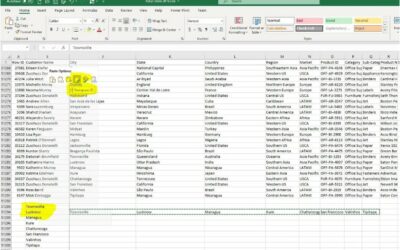 Let’s say you want cells that are currently vertically in a column, horizontally in a row - let's learn how to use "paste transpose" to prepare the data in the desired format. One thing you can do is, select the relevant cells. Then copy them. Next select the cell you...

Let’s Have Data Fun with Excel: Select All Cells in a Direction